WhatsApp offers end to encryption to ensure all private conversations are safe. End-to-end encryption eliminates the need for service providers to keep copies of the messages on their servers.

This way, spying on WhatsApp personal messages is more difficult. However, some apps can spy on WhatsApp messages after the target device decrypts shared messages.

Such apps are especially useful to parents who may want to keep tabs on their kids’ messaging activities. For whatever your reason you want to spy someone’s WhatsApp messages, you need an efficient WhatsApp spy tool.

Among the multitude of available WhatsApp spy apps, only a few can deliver a reliable service. In this article, we have done the heavy lifting for you by shortlisting the top 5 WhatsApp message spy apps.

As a leader in phone surveillance, Spyic is a cross-platform app that runs on both Android and iOS. Millions of users across the world trust the app. Its popularity has even attracted the attention of the prestigious Forbes.

Spyic is equipped with numerous spy features that let users spy on virtually all installed apps on the target device. The WhatsApp message spy lets you spy on all incoming and outgoing messages, including shared images and videos.

SpyicWhatsApp surveillance can occur on both individual and group chats showing even the contacts of the participants. Also, you get to know the time chat took place.

What’s more, you can spy on WhatsApp messages online with Spyic.

1.1 Why Spyic stands out as #1 WhatsApp spy app

There are multiple reasons Spyic is trusted around the world. First, the app does not require rooting Android or jailbreakingiOS target devices. Spyic uses the latest technology to overcome the need to compromise the target device.

For instance, on iOS devices, no installation is required on the target device. Spyic uses iCloud to access all the shared WhatsApp messages and much more on iOS devices.

Second, Spyic runs in stealth mode. Since the app doesn’t need to be installed on iOS devices, the target device owner will not know. Also, on Android devices, after installation, the app icon is automatically deleted.

The app also disguises itself in installed apps. After you are done spying on your target’s WhatsApp messages, Spyic lets you uninstall the app in one click. This way, the device owner is unable to know they are being spied on.

Third, the app lets you spy on WhatsApp messages remotely via a web browser. Four, Spyic has an easy to use interface.

Fifth, Spyic is a safe and secure app for the user and the target. This WhatsApp spy app does not gather personal data, and so it doesn’t save such data on its servers.

There are numerous reasons Spyic is the best WhatsApp spy app we can’t list all of them here.

To use Spyic to spy on WhatsApp messages, you first need to set up a Spyic account. The process of setting up Spyic is easy as outlined below.

You will only need the iCloud details of the target device. Provide those credentials on the dashboard to sync data on the device with the app. This may take some time so give it time. 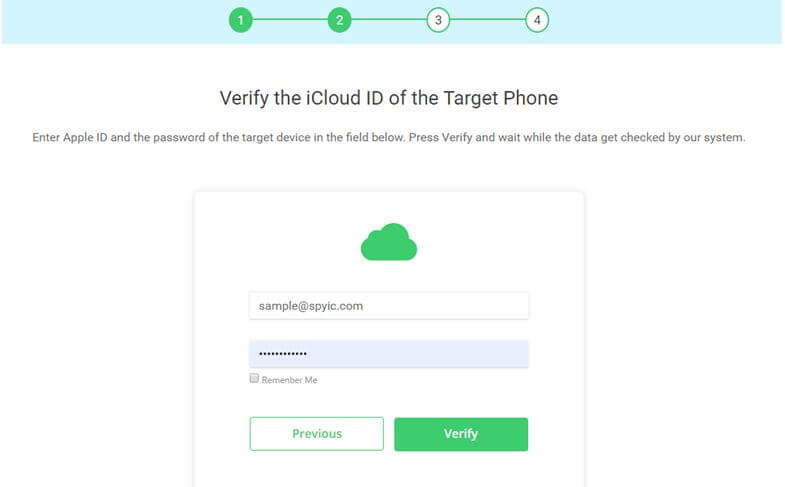 To set up Spyic for a target device running on Android, you will need physical access to install the app. This is a small app at 2MB in size and can easily be installed in 5 minutes.

Download the app and give it the permissions it needs to function properly. Follow the setup instructions on all the on-screen. After installing the app, you will no longer require physical access to the target device.

Also, when you are done spying on your target’s WhatsApp messages, you can uninstall the app remotely on your dashboard.

Step-3: After configuring the app, you are now ready to start spying on your target’s WhatsApp messages. Now, log on to your Spyic dashboard using your credentials.

On the left panel on your dashboard, there is a navigation panel. Here, choose the Social Apps tab then select WhatsApp to start spying on your target’s WhatsApp messages.

Cocospy is another awesome WhatsApp messages spy app. Just like Spyic, it delivers much more than spying on WhatsApp. The app is feature-rich that allows you to spy on other social media conversations besides WhatsApp.

Also, Cocopsy supports both iOS and Android devices. What’s more, the app does not require jailbreakingiOS or rooting Android target devices for it to work. 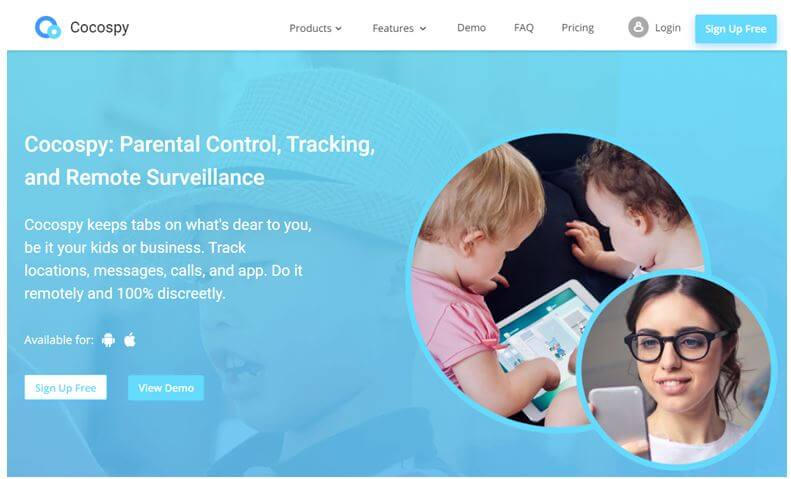 The app works in the background, which makes it impossible for the target to detect. This is an important requirement for any reliable spy app. Cocospy operations in the background do not interfere with phone performance.

Like Spyic, there is no need to install the app on iOS devices to spy on WhatsApp messages. It uses iCloud credentials of the target. Only target devices running on Android require installation of the app.

This decent WhatsApp surveillance app works on both Android and iOS devices. It can spy on contacts, social media, and messages. Besides, for it to work on iOS devices, it requires jailbreaking the target to install the app.

Jailbreaking compromises the security of the target device. Also, not all users have the technical skills needed to do so. Even though the app has good features, the intricacies involved in using this app are not worth it.

This is a good WhatsApp spy app. Its features let you spy instant messages, call logs and social media app conversations like WhatsApp. The app is great for business surveillance purposes, but it is not good for common users.

Also, the app lacks some advanced spy features found in Spyic like geofencing. As well, the pricing structure is exorbitant, considering that it lacks some important surveillance features.

TrackMyFone is a decent phone spy app with reasonable spy features. It can spy on kids. Even though the app has an intuitive user interface, it has some glaring shortcomings.

For instance, although the app claims rooting is not required, some advanced spy features require rooting the target device.  To spy on IM chat, you have to root the target Android device.

Also, some features are not available if you don’t jailbreak the target iOS device.

Of all the available WhatsApp spy apps, only a few can spy on WhatsApp messages discreetly. Spyic is one of the most reliable and trusted spy apps around. Its customer approval rating of 96% can attest to this.

Best of all, the app supports devices running on iOS and Android. Its operations take place in the background to avoid interfering with device performance.