The thrill about Realme UI 2.0 is amazing and we are sure that you are thrilled about it too. Today at Flipshope, we will tell you everything you need to know about Realme UI 2.0. With this updated UI you will get a buttery smooth experience with lots of new features. Let’s have a look at the Realme UI 2.0 Features, Roadmap, Eligible Devices, Release Date, and Update Date in India.

Related: Micromax IN 1b Detailed Specifications | Better than Realme C15?

The Realme UI 2.0 features are based on the latest Android 11 and are designed to give you a Seamless Fun experience. It comes with a plethora of new features and new security. This feature in the domain of the UI 2.0 has 5 built-in color schemes and 10 single colors that allow you to select your own for the main interface, notification bar, shortcut button, and 24 other interfaces. 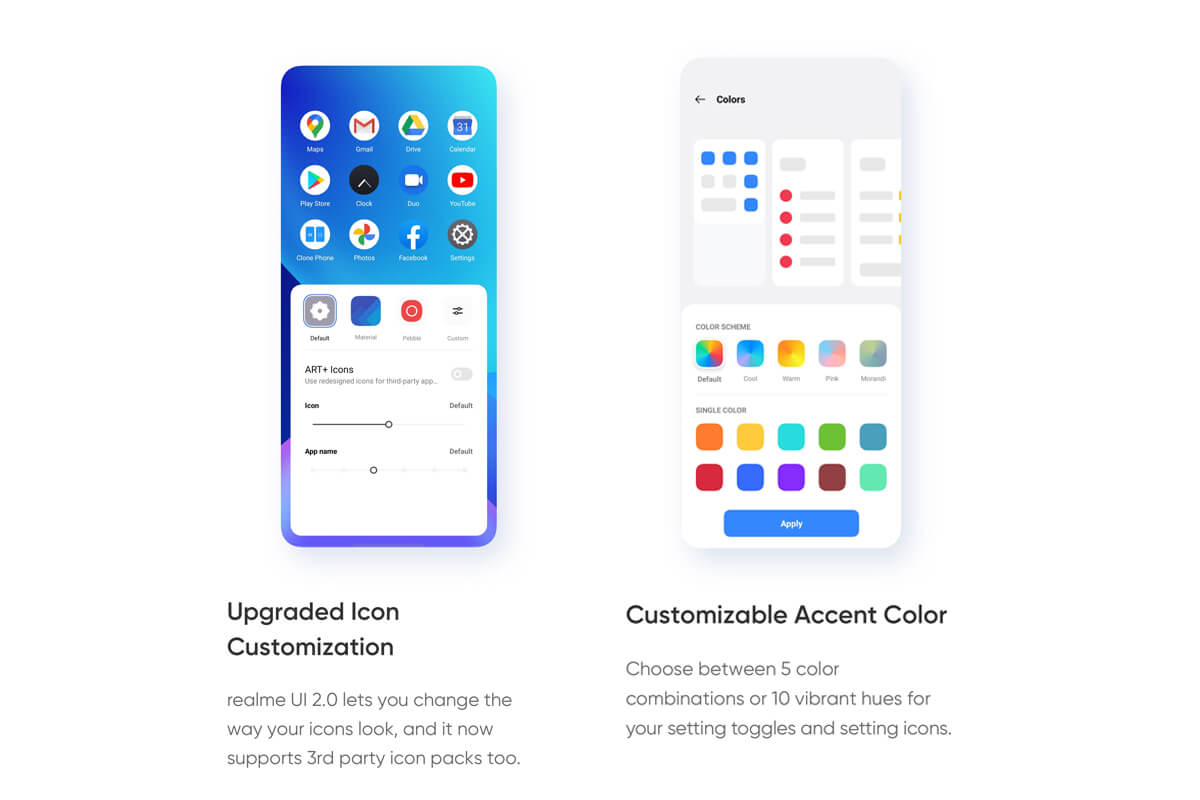 Taking the customizations on “Always On Display” to a new level, the realme UI 2.0 now offers 5 themes and is also the first customization engine on the market that allows you to create exclusive AOD patterns with just a touch of your finger! How awesome is it?! 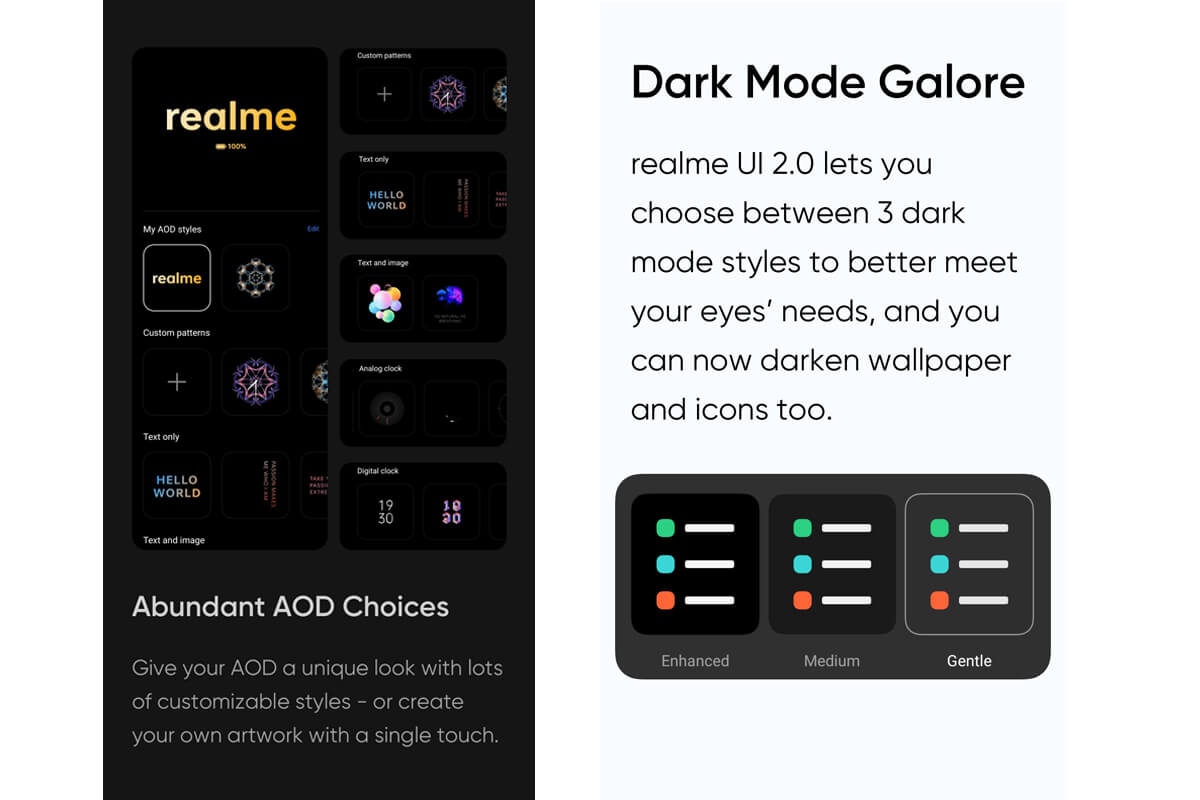 As far as privacy and protection are concerned, the domain of UI 2.0 will feature a Deep Sea Privacy Plan that includes an Invisible Door, a Private Space, and a Security Shield so that one can share their images without worrying about the security of personal data and privacy. 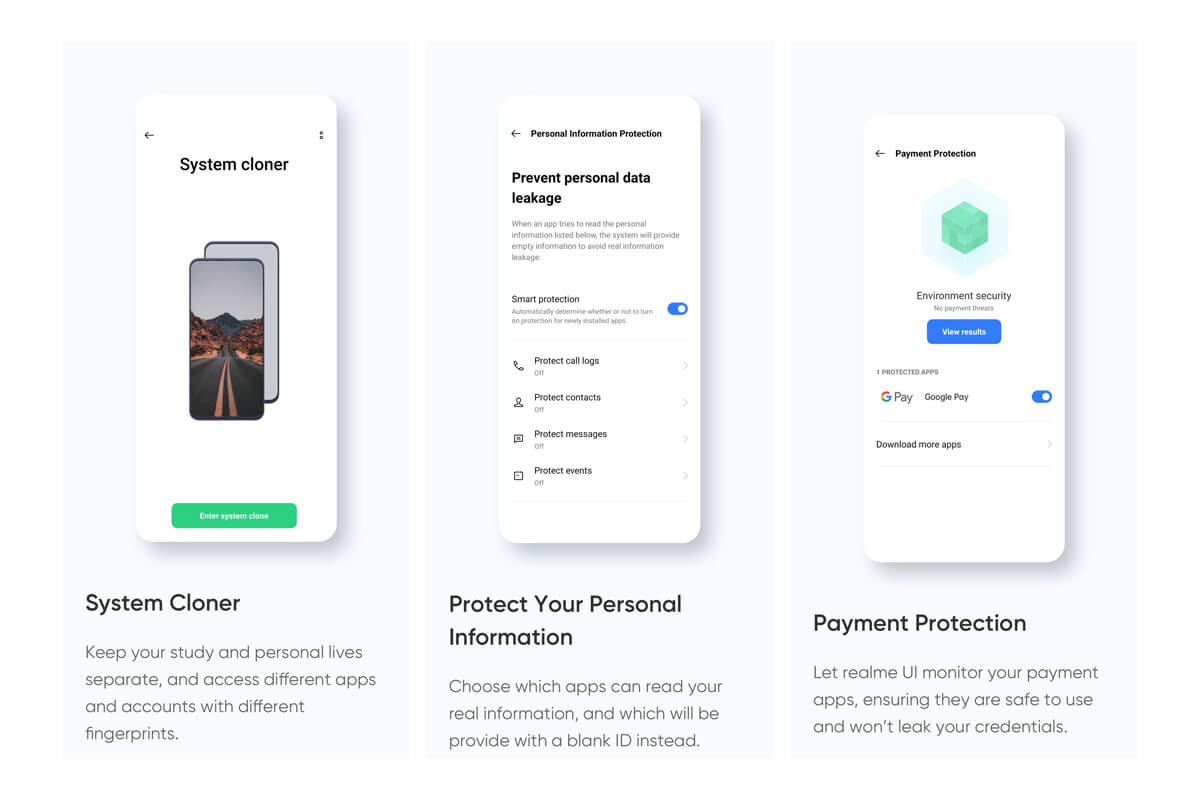 Not only third-party icon packages and fonts, but the world of UI 2.0 also allows third-party launchers access to their desktop interface for more customizability. This feature prevents leakage of unauthorized personal data. Whenever the app attempts to read personal information, it will immediately send empty data to prevent any real leakage of information.

Related: Micromax IN Note 1 vs Infinix Hot 10 vs Redmi 9 Prime Comparison | Which one is best?

The Floating Window provided in Realme UI 2.0 features lets you chat with friends and watch videos simultaneously for daily multitasking. Aside from Android’s Digital Fitness and parental controls, the domain of UI 2.0 provides a self-developed Sleep Capsule that helps keep track of your everyday health and sleep cycle. 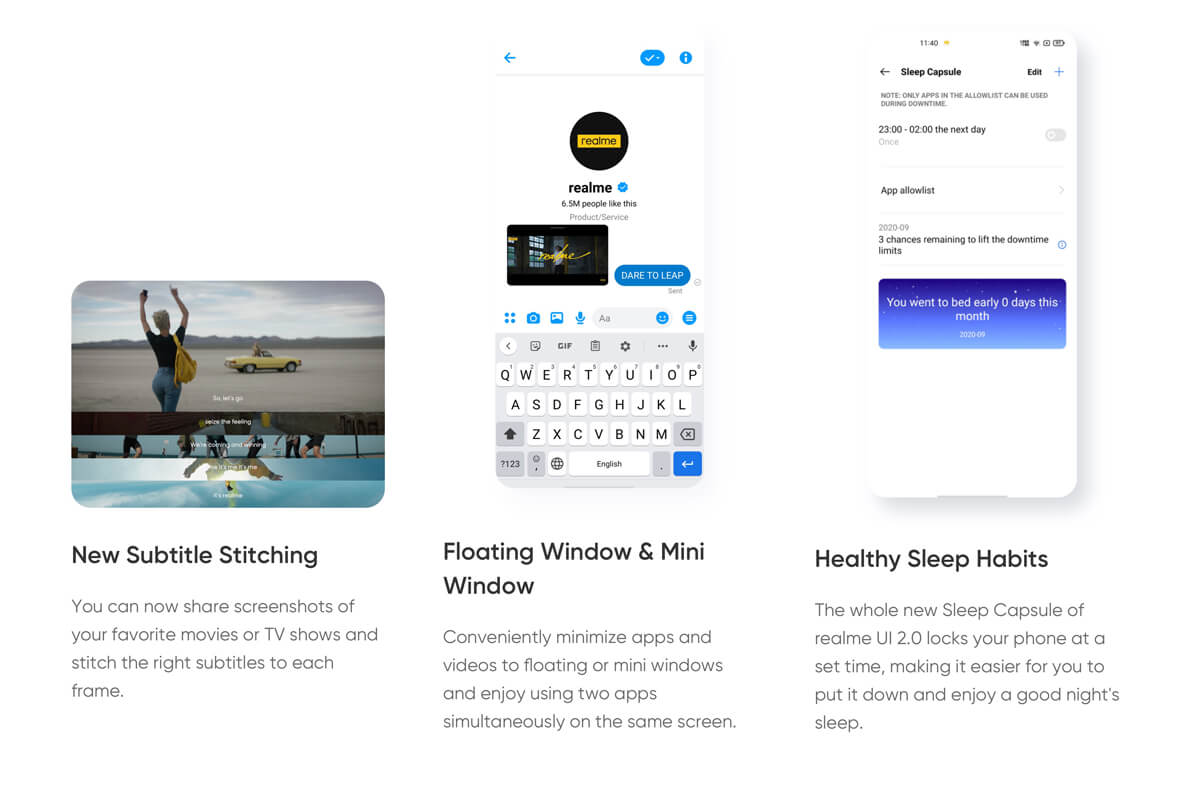 The first smartphone to get a Realme UI 2.0 features will be the X50 Pro realme for which a closed beta version will be released this month, followed by an open beta version and a stable release in October & November. The timetable for the Early Access Program for other devices is as follows.

The business announced in March 2020 that the production of Realme UI 2.0 was already underway. Not long after that, the Realme 2 Pro was ruled out of consideration for a major upgrade, which would also carry Android 11 to multiple devices. Recruitment to Realme UI 2.0 beta officially began in May 2020. And in June Realme dropped the bomb, announcing that Android 11 beta would be ready for Realme X50 Pro in July. True to its title, Realme launched the first beta version of Android 11 for early adopters who own the Realme X50 Pro. But this isn’t the only system that has been upgraded to Realme UI 2.0.

If you like this article (Realme UI Features) then, please share your reviews with us and if you have any suggestions then also please share it with us in the below comments.

About Muskaan 13 Articles
I am a Journalism student at Bennett University aspiring to become a creative content writer. I was always obsessed with Knowledge and I like writing about it. I am trying to hone and improve my writing skills. I have a long way to go but i am willing to do the work no matter what it takes.