Home Latest News News Le2 LeEco vs Redmi Note 3:Which one would you buy? 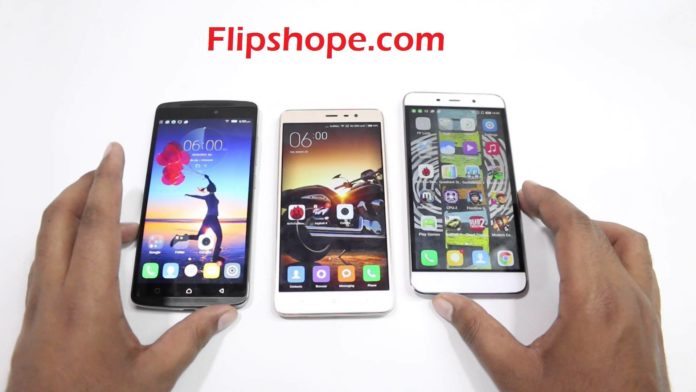 Le2 LeEco vs Redmi Note 3: Living in a fast growing smartphone world, we get a new mobile launched every day. Some people prefer to change their mobile frequently with every new launch while some people make a thoughtful investment when buying mobiles. So, it is better to compare smartphones before deciding on what to buy. Here, we compare the two latest launches in the country, Le 2 LeEco and Xiaomi’s Redmi Note 3.

The design is given an imperative concern while buying a new mobile as it gives the first impression of the mobile. Everyone wants an attractive mobile rather than a rectangular box so that they can always brag about their mobile in the public. The Le 2 LeEco scores better than Redmi Note 3 in design. The sturdy metal body, the curves and edges of Le 2 LeEco makes you fall for it easily. The metal body of Redmi Note 3 is never better than Le 2 LeEco’s build. The LeEco handset measures just 7.5 mm of thickness while Redmi Note 3 measures 8.65 mm. LeEco doesn’t have an audio jack which maybe an issue to some users but that makes the mobile still lighter.

The display of LeEco and Redmi Note 3 are similar. Both measure 5.5 inches and offers full HD resolution. But LeEco’s display is equipped with blue eye filtering technology to reduce eye fatigue caused by the blue rays coming out of the display. It also possesses other technologies like sunlight display, which offers better brightness management according to the lighting conditions which is absent in Redmi Note 3.

LeEco takes the lead while talking about software. LeEco runs on Android 6.0 Marshmallow while Redmi Note 3 runs on Android 5.1.1 Lollipop. The EUI version of LeEco is 5.8 while Redmi will get the 5.8 update only by June. LeEco is easy and faster to use nad is good at multitasking with its EUI 5.8.

The rear camera of Le 2 LeEco is of 16 MP and comes with color temperature flash. The company has used a closed look motor and PDAF (Phase Detection Autofocus) Technology in their rear module, which claims a focusing time of 0.09 seconds. The 5P lens uses f/2.0 aperture. The Redmi Note 3 also sports a 16 MP rear camera with PDAF Technology and f/2.0 aperture lens. The front camera differs in both the handsets. LeEco features an 8MP front camera with a pixel size of 1.4 μm while Redmi Note 3 features a 5MP front camera.