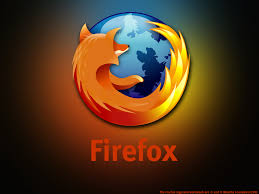 Serious changes will soon be coming

to everyone’s favorite fox themed browser, and the revolution is taking place at a fundamental level.

Firefox 43, due for final release by Mozilla in December, is to make use of a new extension API, that Mozilla have decided to name as “WebExtensions.” This new API extension will help to protect users from malware and spam, and be able to utilize emergent technology such as Servo, and Electrolysis.

The major upshot from Mozilla is that these new WebExtensions are compatible with the add-ons that are currently being used by Blink based browsers such as Google Chrome, and Opera. The internal workings of the new WebExtensions from Mozilla, are very similar to the Blink API extension already used by Chrome.

Developers therefore are going to find it much easier to write and port add-ons between browsers. The downside is that many of Firefox’s existing add-ons will need some serious modification to ensure they continue to function when Firefox 43 is released. However this will probably be seen as a small price to pay by developers as they find that they can release new extensions and support their offering across most platforms with only a few changes to the underlying code.

For Mozilla, the future seems to be trading off against what made it the world’s most customisable browser, and also its inherent uniqueness, pitting it against the needs of the future.

Formerly, developers could pretty much do what they wanted to the inside bits of the Firefox browser. While this allowed for some brilliant add-ons to be created over the years, it also made it difficult for Mozilla maintain Firefox and keep going without it breaking.

The new WebExtensions API will make Firefox easier to defend against malware, easier to secure, and harder to break. And who knows, maybe Firefox will once again become the browser of choice for the masses.

About Shravan Putta 440 Articles
A simple guy who writes about latest technology update with tricks and tips. If you wanna get in touch with me then visit my website or drop an email.. :)
Facebook Twitter

“Problem Solved !!! ” 1) No audio? No problem. It’s quite common for older PCs, particularly

So the wait is officially over, tired of paying google play store payment from your cards. Well here is the latest update google will now accept netbanking payments, previously google offers only debit and credit […]

Google has been trying to develop a technology to reduce data consumption on hand held devices from quite some time now and last January the company successfully introduced a data compression feature in their browser. […]